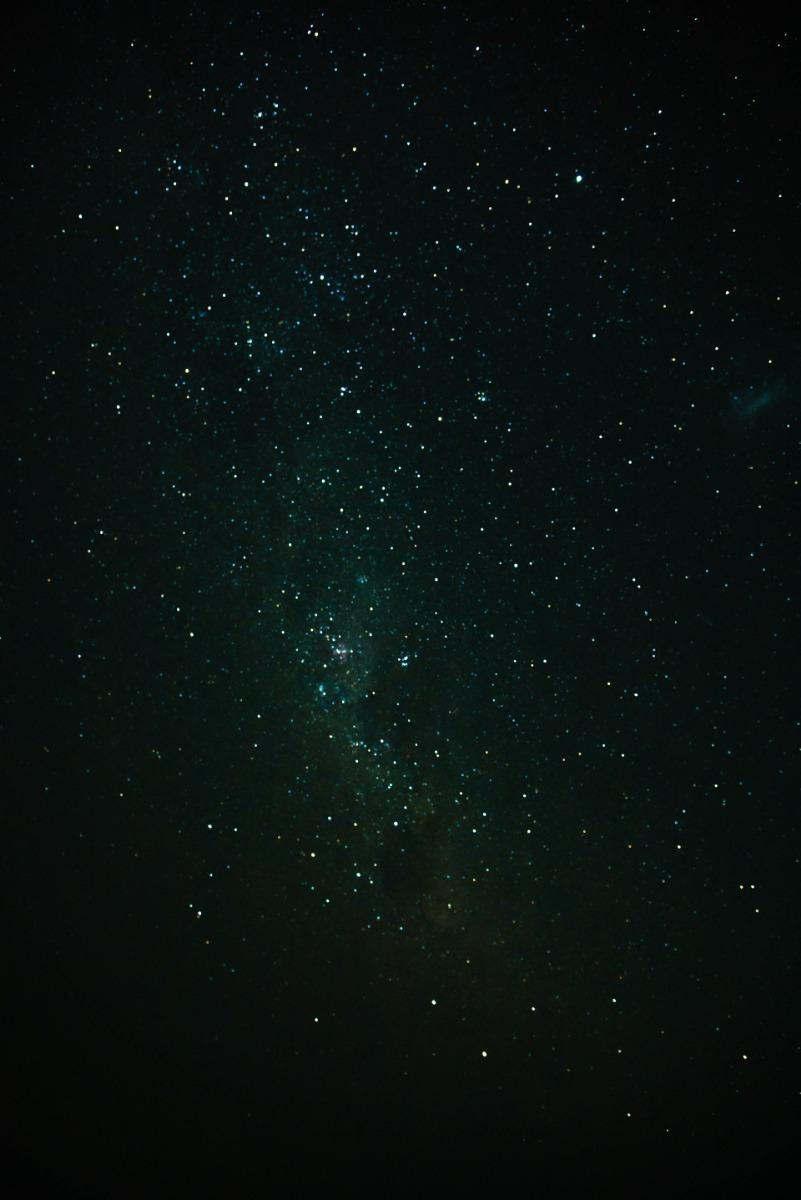 In this blog, I will explore the integration of spirituality into the practice of psychotherapy. The focus of this blog concerns how the use of spirituality can be beneficial in expanding the therapist's understanding of the client's belief systems and worldviews as well as helping identify strengths and protective factors. Undertaking a deeper and meaningful exploration of the self can be facilitated during the therapeutic process and is also addressed.

Ocampo Hoogasian and Gloria (2015) explained that in the United States the field of psychology has placed Western tradition at the forefront. At the same time, the field of psychology has been evolving to the extent that the inclusion of other diverse traditions and belief systems apart from the Western tradition have been explored toward developing an implementation in the interest of building cultural sensitivity.

The researchers also pointed out that integrating the client's worldviews is critical in realizing more positive outcomes.

Even in light of a movement toward providing diverse clients with services that are appropriate and point to multicultural competence, spirituality has been left out and neglected. Further, the researchers contended that in terms of diversity, spirituality is an important and critical focus in the field of psychology broadly speaking, but its integration into psychotherapy in particular is essential because of the impact it can have on the client's quality of life.

The researchers explored the spirituality of Latinas and Latinos. For example, the researchers explained a Mexican tradition called Curanderismo which encompasses holistic healing as well as Santeria which is grounded in tenets of the Catholic faith blended with African spiritism. For Latinos, in light of a cultural tradition, spirituality acts as a way to cope with adversity. The researchers noted that Latinos prefer working with healers of their native traditions even when access to Western medicine is accessible to them.

In their study, the researchers examined how psychologists of Latino heritage use spirituality and integrate into the therapy process and also explore their personal experiences, culture, and theoretical orientation along with the therapeutic process.

In their study, the researchers worked with clinicians with a university degree who were also licensed to provide psychotherapy to persons undergoing psychological distress or a disorder. The clinicians interviewed derived from Latin America. Most of the clinicians served in outpatient clinics among Spanish speaking clients in the Midwest. The clinicians worked with an array of diagnostic issues. This indicates that the clinicians had a greater likelihood of demonstrating credibility to the interviewer.

The researchers pointed out some important clinical implications. For example, the clinician's narratives showed evidence of a spiritual perspective in connection with a spiritual guide that the clinician believed influenced their therapeutic work. Also assessing their belief systems in connection with their spirit guides prior to and after working with the client appeared to be critical. The study as the researchers explained can help support psychologists in expanding their understanding about how their belief systems influence their work with clients.

Arczynski, Morrow, Englar-Carlson (2016) contended among the rationales proposed for the integration of spirituality in psychotherapy would be its association to the practice of multicultural competence. The researchers noted spirituality encompasses the individual's identity and worldview and they cite an example relating to how culturally diverse groups who are connected to the healing practices of indigenous people often feel a sense of alienation among clinicians who cultivate a rejecting attitude towards spirituality. The researchers asserted that ethical practice includes religious and spiritual competence. Their study represented the first of its kind empirical evidence that provided an explanation about how therapists integrate spirituality in their work with youth and it also represented a qualitative, exploratory, grounded-theory study. In terms of the method, the researchers pointed out their approach was based on the experiences of the therapists in exploring how they integrated spirituality in their therapeutic work. A qualitative approach was appropriate as the researchers were investigating phenomenon of which there existed a paucity of knowledge.

A total of 11 therapists participated in the study and had been engaged in spiritual integrative therapy. Most of the participants discussed assisting youth in developing resiliency they developed through the practice of spirituality for the purpose of increasing hope in connection with faith in a higher power. Some participants said they employed metaphors from Scripture, used the mind-body connection, and used symbols for connection with ancestors. This demonstrates that the therapists integrated a variety of tools drawn from diverse cultures to engage youth.

Cervantes and Parham (2005) noted the training that therapists receive in graduate school is often lengthy. However, much of the training is based within the context of the Western tradition. Therefore, there is limited knowledge available with regard to the application of it with people of color, and this holds especially true in consideration of spirituality. Further, the researcher contended practitioners are required to examine the association between ethnicity and culture, racism, as well as gender, sexual orientation and disability in terms of understanding their client's worldviews. Further, the researcher noted practitioners of color who understand the importance of the role of the extended family in providing a sense of community realize that including the influence of family and community is essential in the care of the patient. Further, the researcher contended within the therapeutic relationship having an understanding about how a patient interacts with oppression might help provide insight into accessing the patient's nature with regard to spirituality.

The researcher contended that it is manifested through how an individual copes with adversity and experiences transformation that defines the individual's spirituality. Hence, it becomes essential for therapists to explore these experiences with the patient to gain a better understanding about their lives.

Currier, Pearce, Carroll, and Koenig,. (2018) acknowledged a rise in interest about the exploration of spirituality in the psychological treatment of veterans of the military. The researchers noted that research has not examined the veteran's preferences about the variety of ways therapists approach veterans who consider spirituality in treatment important. In light of the fact that one in five veterans were open to integrating spirituality into treatment, the researchers noted therapists should be receptive to the approach. Although the researchers acknowledged more research is required, those veterans who were receptive tended to derive from ethnic minority groups, those who were afflicted by a moral injury, or those who were religious in nature. Research findings indicated that religiously integrated cognitive behavioral treatment were more effective. The findings also suggested that spiritually integrated practices should be person centered and exploratory in nature in order to allow veterans to work at their own pace rather than take a directive approach.

Frederick (2014) agreed spirituality can be employed in order to support treatment. The researcher noted one of the ingredients of integrating spirituality in treatment consists of gaining an understanding of the client's preference. As other researchers have mentioned the most important piece of the puzzle is taking into consideration the client's worldview. The researcher argued that worldview is inherent in spirituality. Treatment can then be developed using culturally sensitive approaches.

Glockel (2011) contended that the majority of the research undertaken about spirituality and psychotherapy has focused on clinicians rather than clients. The researcher explained that clients experiencing psychological distress or physical problems access spirituality for the purpose of coping and have a desire to have their spiritual needs addressed in therapy and are eager to talk about their spiritual concerns. In the study, the researcher used a narrative method as research of this nature is based on the idea that people make meaning out events via stories constructed that focus on experiences. The sample consisted of 12 people recruited using list-serve and posters in spiritual bookstores and were based in Van Couver, British Columbia in Canada. 11 out of the 12 described themselves as spiritual and non religious while the remaining person observed Zen Buddhism. 11 out of the 12 acknowledged they had been seeking therapists that employed spirituality. They viewed the individual as composed of several aspects of the self such as physical, emotional, and spiritual. They also described that they felt each aspect of the self must be addressed in order for healing to be realized.

They also viewed the therapist who had the capacity to reflect their feelings and experiences as also being effective in helping to facilitate the process of spiritual development and change. These findings indicate the need that exists for some clients to explore all aspects of themselves with an empathetic and culturally sensitive therapist.

In a qualitative research study which examined how Southeast Asian clinicians respond to culturally rooted spiritual experiences discussed by their Southeast Asian clients, Ngai (2015) contended it was critical for clinicians to have training in spiritual beliefs that are culturally based in order to avoid a misdiagnosis. The researcher gave the example of the experiences called " ghost pushes you down" as described in a Cambodian community could be understood as being pathological or akin to a panic attack of hallucinations. In the study, five focus groups were created which were made up of five to six people in each group derived from Hmong, Mien, Cambodian and Vietnamese.. They were clinicians and counselors in behavioral health settings and worked with clients of the same background for at least 2 years. The findings of the study indicated that client's spiritual experiences that are culturally based can be viewed as strengths that can increase well being or as pathology depending on the interpretation of the clinician. If a clinician for example, views the client's experience as a problem, they may attempt to change their client's belief or challenge it by educating them. However, in order to be culturally sensitive, it is critical to carefully examine biases as the researchers noted. The researchers asserted that the study gathered data that can serve training programs focused on culture and spirituality and the study also provided validation for the idea that spirituality is an important component of diversity.

Van Gordon and Griffiths (2014) contended there appears to be a high interest in Buddhist derived interventions in the West. The interventions can be applied to a number of psychological disorders such as substance abuse, mood disorders, anxiety as well as schizophrenia and personality disorders. Buddhist derived interventions can also increase well being and improve emotional regulation. As such, Buddhist ideas have found their way into many clinical interventions. At the same time, s sense of confusion has arisen in terms of the understanding of terms used Buddhist principles. The researchers noted the term insight as it relates to Buddhism has a different meaning than Western clinicians have come to understand. In Buddhist terms, insight refers to transcendence with regard to the nature of reality. As a result of this confusion regarding terminology, the researchers contended communication between Buddhist teachers and clinicians to adopt more of what the researchers term more unity in structure in the interest of integrating Buddhist practice in clinical work.

The researchers noted these steps would promote the efficacy of Buddhist derived interventions. In their study, the researchers collaborated with Buddhist monks in an attempt to preserve meaning of the terms. The researchers also appeared to lean more toward the interpretations of the Dalai Lama as they believed his interpretations are an embodiment of a worldview that is authentic. In addition, he has a history of being cited often in psychological literature. The study is potentially valuable in the sense that clarity and training is required before clinicians endeavor to use Buddhist derived interventions in clinical practice.